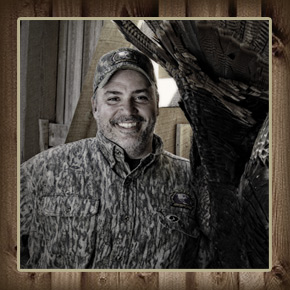 Tony Caggiano has been a professional hunting guide, shooting instructor, event planner and adventure & sporting travel specialist for over 20 years.

Several years ago Tony decided to combine his backgrounds in hunting and event planning and began arranging and hosting, hunting and angling vacations for his clients, both in the U.S. and abroad.

While these adventures were amazing, his true love has always been turkey hunting. His desire to bring more people to the sport of turkey hunting and introducing them to the excitement of adventure travel spawned the birth of his newest endeavor, World Slam Adventures.

Tony is a very lucky man… his career is also his passion. Sharing his love to the outdoors is what he loves, and what he does best, and so is he very excited to be working to bring these adventures to other turkey hunters around the world.

As a veteran event planner, travel specialist, blogger, photographer, videographer, podcaster, hunter and instructor, Tony hopes that his many skills in these areas will allow him to be a valued contact and friend to all who come to World Slam Adventures and he looks forward to all the future has in store.

Tony lives in Millbrook, New York with his wife, two young sons, and his brace of spaniels…all of whom anxiously await what ever season is coming up next. 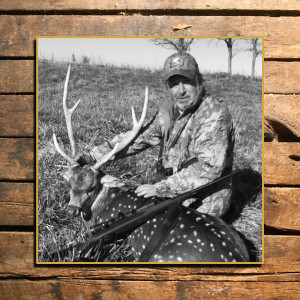 Todd Kitchen has been a professional hunting guide and shooting instructor for more than 30 years!

Todd joined Tony on his first trip to Argentina back in 2008…AND HE WAS HOOKED!

After a few years of exploring and hunting together on trips from Canada, to Texas and all the way down to Patagonia, Tony figured no one knew better, what WSA stands for and the adventures they strive to provide for sportsmen, and so he invited Todd to join the World Slam Team!

Since then, Todd has shown to be an invaluable addition to World Slam, you can see him on many of our Hosted Trips, and he will be joining us on tour this next year, as we run the show circuit, both with our World Slam Adventures Crew, as well as while representing David Denies Bird Hunting at shows across the country.

Todd is excited to be part of the World Slam Team and looks forward to helping our clients and friends seek out their Adventure of a Lifetime!!! 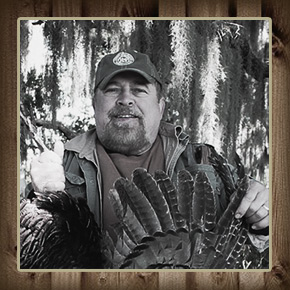 Before the celebrated ‘return’ of American wild turkey populations, a boy named Ray Eye was born into a hunting tradition rooted in one of the remaining turkey strongholds, deep in the Missouri Ozark mountains. He grew up living with those turkeys and essentially becoming one of them. It’s a standing joke that he received his degree from Johnson Mountain University.

Having been born to a Missouri Ozarks country farm family, Eye began his turkey hunting career at an early age, having been taught by all his older kin how to go about it. Fancy camo, calls, magnum shells, decoys and extra-full turkey chokes didn’t exist.

An icon of the turkey hunting world, Eye absolutely loves teaching others about hunting wild turkeys. He holds crowds spellbound with his slap happy, matter of fact, vivid presentations at his seminars. His spectacular film footage of wild turkeys and the hunts to get them makes every hunter want to be there.

He volunteers his services for fundraisers for Saint Jude’s Children’s Hospital. Eye never passes up the opportunity to mentor a young, up and coming hunter.
 
Ray Eye is a conservation communications giant. His accomplishments could fill volumes. He has generated and created an awareness of our great outdoors and the issues surrounding them in millions of Americans.

Few individuals in the history of the conservation movement have generated the quantity and quality of outdoor related media materials over a span of several decades. Yet, Ray remains humble, down to earth and a friend to all he meets. He is a friend of the NWTF, the wild turkey, conservation, the outdoors, and America’s hunting future.

Ray is a busy man, however, he gives back regularly through his volunteer efforts of appearing at fundraisers for conservation organizations and running youth hunting camps. He has also volunteered seminars for the NRA, NWTF, US Sportsman’s Alliance, and various school districts and sports clubs.

Called “America’s Premier Turkey Hunter” by The Wall Street Journal, and named “Great Outdoor legend” by Outdoor Life Magazine, Eye has communicated his expertise on turkey hunting and the outdoors for more than three decades. 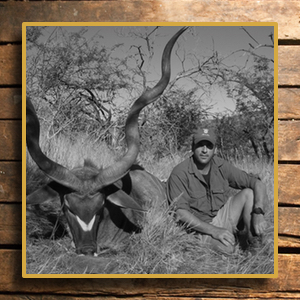 With nearly 35 years in the outdoors, Gerry Valenti is an accomplished Big Game Hunter, Wing-shooter and Fly Fisherman, along being an accomplished entrepreneur and business owner.

He has travel and hunted across the U.S., Caribbean, Alaska, Europe and South America with many trips to the Dark Continent of Africa under his belt as well.

As World Slam Adventures expands into new regions, with new Adventures across Europe and Africa, Gerry will be there, on our Hosted Hunts and developing new relationships for WSA.

Gerry is excited to join the World Slam Team and bring all of his hunting experience and business expertise to the table to usher World Slam into all new levels of Adventure!!!